#SPS17 Intelligent components and system solutions for digitization and networking.

Baumüller is presenting its exhibits for its main theme “Enabling Industry 4.0″ at SPS IPC Drives in hall 1 at booth 560 from November 28 to 30, 2017. The trade fair visitors will be able to see how Baumüller makes the smart digitization and networking of machines and systems possible for its customers with intelligent components and solutions, thus creating the successful connections and interfaces for Industry 4.0. 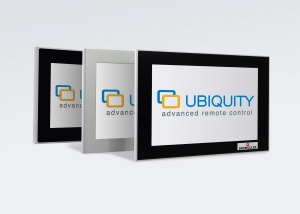 At the trade fair stand, Baumüller will show how Industry 4.0 generates added benefits through increased efficiency for the mechanical engineer in every phase of the value added chain. This allows the customers to develop new or expanded business models throughout the entire machine life cycle, starting with the project planning and engineering, to the commissioning and operation, to the service of the machines and systems.

Baumüller offers simulations for machine designs, Wizard-guided commissioning, secure remote maintenance as well as an integrated system for predictive maintenance and production optimization for this purpose. These solutions will be presented live at the Baumüller trade fair stand.

Simulation for a quick and safe market launch
Making machines and systems future-proof and tailor-made to applications requires time and experience and is an intensive engineering process. In order to shorten the development time and to launch the functionally-reliable machine on the market as quickly as possible, Baumüller works with simulations, such as MATLAB/Simulink. At the trade fair stand, Baumüller will use the example of automatization solutions for servo pumps and servo presses to show how simulation can be used to design and test the optimal drive and automatization components for different machines in the shortest of time. The data from these models is provided to the mechanical engineer in the project planning phase for the new machine. Alternatively, Baumüller takes care of the entire machine design for its customers, such as for presses, based on the model data from the mechanical engineer.

Once the machine is then planned specifically for the customer, it must undergo the practical test. Baumüller experts also work with simulations to optimize the application to be able to assess the interaction of the individual machine components in advance. In addition to significantly shortened development times, the customer also benefits from a faster and easier commissioning.

Secure remote maintenance: HMIs with pre-installed security software certified according to the BSI guideline
The networking of man, machine or sensors is increasing in the industrial sector. The innovations promote a highly efficient, intelligent and flexible production. However the thread of cyber criminality is rising with this trend. To protect industrial security, Baumüller offers a secure solution for the remote maintenance of machines and systems with Ubiquity: software products in the field of industrial remote maintenance, which has been certified according to IEC 62443-3-3 and meets the requirements of the basic protection catalog of the German Federal Office for Information Security (BSI). The Ubiquity runtime environment is pre-installed in all Windows-based HMIs from Baumüller and can be connected with a domain.

With Ubiquity, Baumüller is providing its customers with an ability to communicate for process control and an option for easy and secure remote maintenance. The state of machines can thus be monitored worldwide and quickly responded to in a targeted manner if necessary. This capability of quick and accurate analysis, diagnostics, recommendations for action and troubleshooting saves time and money. Ubiquity thus increases the productivity and efficiency of machines.

The use of Ubiquity can be seen live at the Baumüller trade fair stand at SPS IPC Drives 2017. A machine on the Baumüller premises in Nuremberg can be operated via secure remote maintenance from the trade fair stand. Visitors will have full access to the machine that is several kilometers away. The machine operation can also be followed live via an implemented IP camera.

Produce flexibly thanks to smart networking
Two networked material handling and robot systems at the trade fair stand will show how production is optimized through networking. The palletizing process of the 3-axle material handling system and the welding of the robot occurs in one process. The communication occurs via a Euromap interface, which is standardized in the plastics industry. Both systems are complete solutions from Baumüller, from the control software to the drive. Baumüller thus shows how machine modules can be optimally automated for the respective production process and also flexibly automated depending on the application. The individual modules can easily be combined to form complete machines and systems or also integrated into new or existing systems.

In the system area, the focus is on component developments as well as innovations in software and visualization. Standardized databases, a wide range of field buses and open interfaces are the basis for flexible and efficient communication and networking. With the software modules from Baumüller, mechanical engineers and machine users benefit from pre-programmed comprehensive features, which simplify the commissioning of Baumüller considerably and thus help achieve a faster time-to-market and high level of error security. The modules can easily be incorporated in the programming interface of the respective control unit so that there is not any additional programming work.

Visitors can convince themselves of the intuitive operation of the Baumüller visualization and the advantages of web capability directly at the exhibits. The user can then conveniently access the visualization of the production data on a smartphone or tablet whenever needed.

BAUDIS IoT increases availability
An innovation in the field of service is BAUDIS IoT, a system for the process optimization and for the predictive maintenance of existing and new machines. This is an IoT-capable diagnostic and communication system that allows for a simple networking of machines and systems via the Internet and the intelligent analysis of data. BAUDIS IoT is the consistent enhancement of the BAUDIS diagnostic system developed by Baumüller, which has successfully been in use for more than 20 years. The networked version benefits from the long-standing field expertise of a successful system.

The system can be used independently of the manufacturer of the automation components and the sensors and therefore can easily be retrofitted and upgraded. It is therefore equally suitable for greenfield and brownfield plants, i.e. for the digitization of new and existing production facilities. BAUDIS IoT allows for the continuous monitoring of automatization, drive and machine components and shows their current statuses. It allows for data recording and analysis an the generation and issue of a recommended action. The evaluation always occurs with the latest available algorithms. The system is thus continuously made more intelligent and uses algorithms to develop independent solutions (machine learning). By avoiding production errors, productivity increases and does so automatically through a self-regulating process.

Trade visitors can obtain more detailed information about the topic of BAUDIS IoT from Norbert Süß, head of service and retrofitting at Baumüller, during the lecture ‘BAUDIS IoT – System for Predictive Maintenance and Production Optimization’ on November 30, 2017 at 2:20 pm at the trade fair forum of ZVEI in hall 3A-449.

Product Highlights
In close cooperation with mechanical engineers and pump manufacturers, Baumüller has developed a new servo pump software version that, among other things, achieves a higher part quality with a Wizard-guided commissioning and adaptive pressure control without intervention, thus lowering the initial costs. In addition, functionalities were expanded and self-controlling Industry 4.0 processes were implemented. The new version is now available for the servo inverter series b maXX 3000, b maXX 4000, for the stackable b maXX 5000 family and for b maXX 5500 mono units.

Upgrades in terms of performance and rotational speed in the high-torque series DST2 will be introduced in the motor portfolio. The motors were expanded to include the size 560 and are now available in six sizes. The DST2 560 meets the highest requirements in direct drive technology with a rated torque of up to 38,000 Nm and a maximum torque of up to 80,000 Nm. DST2 high-torque motors are now an optimal solution for numerous types of machines, from press to tool and plastics machines to ships, to name but a few examples. With one of the broadest offerings of motors on the market, in addition to different high-torque motors Baumüller also offers efficient and scalable servomotors as well as main drives in numerous versions and sizes.